Click the cover image to order your copies today!

24 TALES OF HORROR AND DARKNESS

These are only a few of the tales and topics covered in Bits ’n’ Pieces, Jonathan Edward Ondrashek’s first collection of horror shorts, drabbles, and dark poetry.

Heed the obligatory warning inside. Bits ’n’ Pieces may push boundaries and is not intended for the weak.

In the Human-Undead War world, toss out your crosses, holy water, and fire. Don’t bother bolting your door, or lining entrances to your home with garlic or salt—vampires don’t need an invitation, and none of that will deter them. They don’t sparkle. They don’t sleep in coffins. And they are no longer in hiding.

Click the cover images to order your copies today!

In 2041, vampires are discovered and humanity is thrust into a blood-soaked battle for supremacy.

Seven years pass and the Human-Undead War rages on. Brian Koltz, the lead scientist and negotiator for the Undead Relations Committee, believes he holds the solution to peaceful coexistence: the platelet mushroom, an accidental creation that produces human blood.

But after Brian befriends the Undead patriarch, Barnaby, the war intensifies and dark intentions are exposed. Can Brian forsake peace and undo a sinister plot before the world is plunged into darkness forever?

Seven months have passed since Barnaby, the Undead patriarch, fell to his death. The war appears to be over.

Brian Koltz has assumed rule in Haven and sets about dismantling all of Barnaby’s dark work in order to prevent future tyrants.

However, Barnaby is alive and well. With help from newfound allies, he plans to reignite the war and reclaim his throne.

And as their paths intertwine anew, the true Undead patriarch is forced to reveal his identity . . . and the secret’s he’s harbored since the dawn of time.

To ensure the Undead’s rise to godhood, Barnaby has sent his followers on missions to eradicate humankind once and for all. However, before he can cast the world into darkness, he must defeat the Human Army and confront his nemesis, Brian Koltz.

Meanwhile, as an insurgent army approaches Haven, Brian discovers a traitor in their midst and dark deeds being done against his knowledge. Can he and Haven survive the ensuing battle before being torn apart from within?

As all sides vie for victory, inevitable clashes will bring about a kingdom’s fall. Who will survive the Human-Undead War? 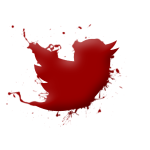 This site has been ogled